On May 12th, an associate professor at the International Institute of Interdisciplinary Education and Ibero-American studies (SFEDU) Igor Protsenko gave an online-lecture dedicated to the history and traditions of Paraguay. The event took place at the Ibero-American cultural center of All-Russian state library for foreign literature named after M. I. Rudomino. 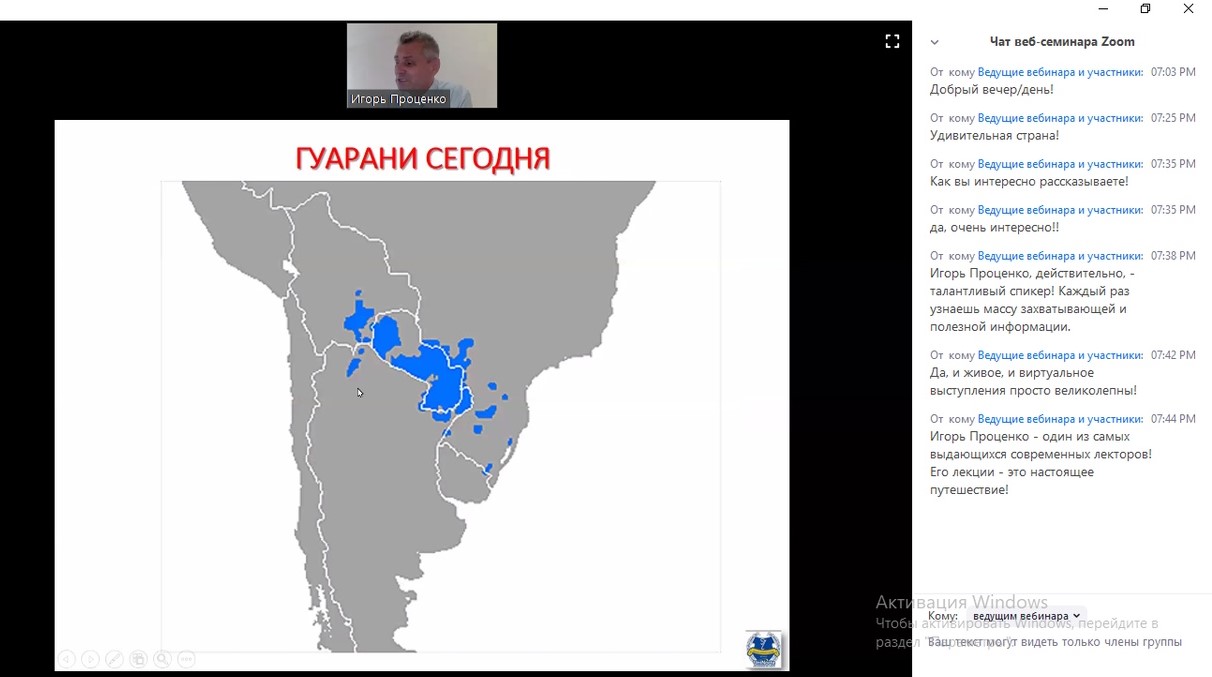 What are the origins of “Paraguay” and “Guaraní”? Why does Paraguay have two official languages? Why does the flag of the country consist of two different sides? What is tereré and how to drink it?

A special attention was given to the country’s history. Igor Yurievich touched upon such an important event as the Paraguayan war, also known as the War of the Triple Alliance (1866-1870). According to some data, this war is considered the largest in Latin America causing Paraguay to lose 1/3 of its territory (about 200 thousand km²).

One of this war’s most significant battles was The Battle of Acosta Ñu (August 16, 1869), when the army of the triple alliance was resisted by children, because by that time most adult Paraguayan men had perished on the battlefields or had been captured and severely wounded. Since then, on August 16th, people celebrate Children’s Day to honor the memory of those brave children who died in this bloody war.

During the lecture, hearers learnt about the Chako war (1932-1935) which is also called the bloodiest war of Latin America. One of the commanders acting on the side of Paraguay in the course this war was Juan Belaieff.

Next lecture will take place on May 19th. Igor Protsenko will speak not only about Paraguay and its culture, but also about Latin-American literature and its peculiarities.