The Regional Centre for D.E.L.E. Examinations administers and organizes the DELE exams held in the Spanish-Russian Centre of the Southern Federal University1

1 In 2013 the Spanish-Russian Centre of the Southern Federal University became an official center for DELE examinations accredited by  Instituto Cervantes.

As an accredited center, we offer the opportunity to officially certify your knowledge of the Spanish language.

What is the DELE?

The DELE, granted by Instituto Cervantes on behalf of the Spanish Ministry of Education are official and international acreditations of a person's degree of proficiency in Spanish.

Why take the DELE? 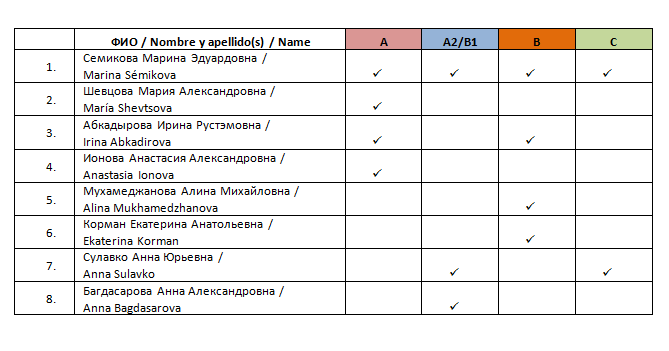